According to Roomvu market analytics, the number of realtors in Metro Vancouver has nearly doubled in the past 20 years. And though Vancouver’s housing market isn’t the only burning-hot one in the country, numbers from a recent report show that B.C.cities has, by far, the highest concentration of realtors per Canadian city.

A study by Roomvu, a real estate analytics and data company, has shown that, across Canada, B.C. is home to 17 of the top 20 cities with the most realtors per 10,000 people. 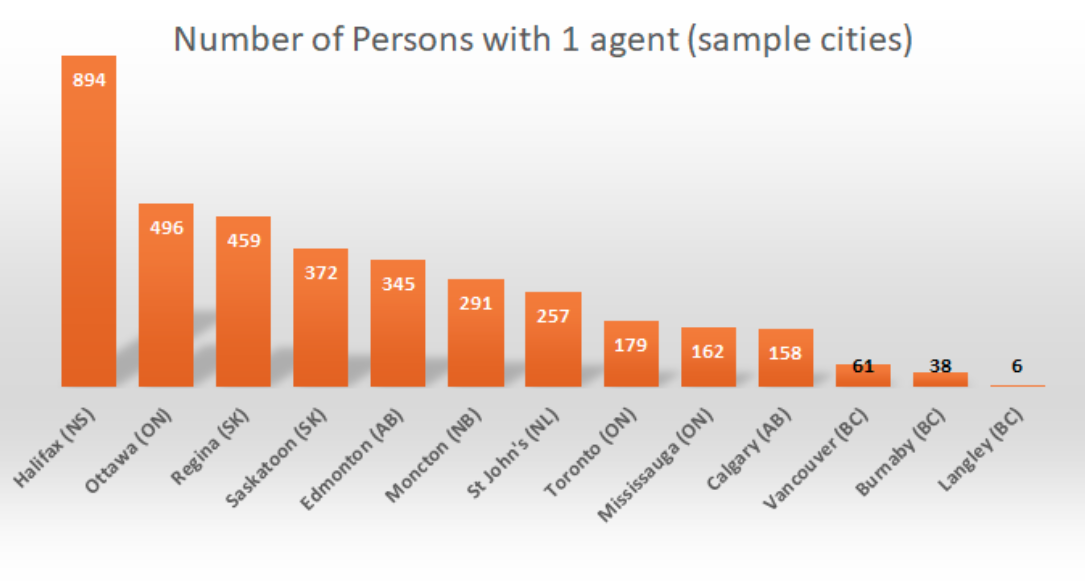 Figure 1: The number of realtors per city

In the bottom 20 list, on average, there are only 27 agents for every 10K population to represent their housing transactions. The cities are also located mostly in Ontario and Alberta. On the other hand, in the top 20 cities, on average, every 10K population is represented by 504 agents. It is interesting to know that 17 cities from the top 20 cities with the highest number of agents are located in British Columbia. North Vancouver, West Vancouver, Port Coquitlam, Coquitlam, Port Moody, and other cities in the Metro Vancouver area are amongst this list. This could be an indication of a very high housing market or the high housing prices in this province compared to all others. A correlation between the average housing price and the number of agents per 10K population is shown in Figure 4. 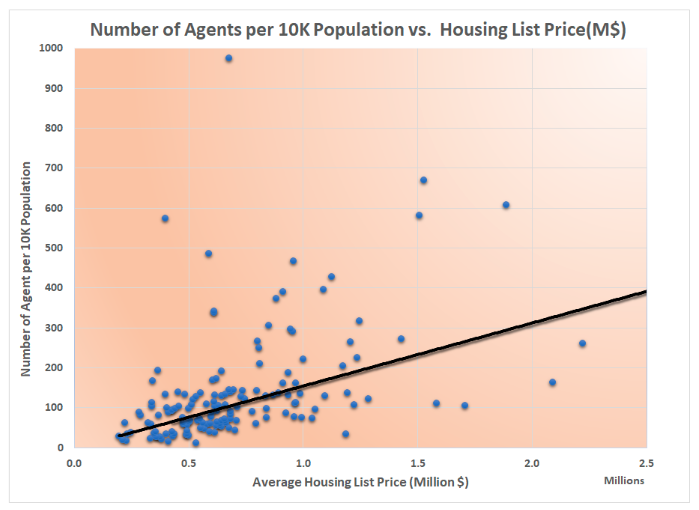 “It’s not a huge surprise that there are more agents in expensive housing markets,” said Roomvu CEO and Ph.D. researcher Sam Mehrbod. “But when you look at just how much higher the proportion of realtors is in the Lower Mainland compared to the rest of Canada, the numbers jump out at you.”

The most staggering data comes from Langley, BC, where there are 1,653 realtors per 10,000 people – three-times the amount as in North Vancouver and 80 times the amount in Ottawa. In other words, there is one agent for every six people in Langley.

Other notable cities that figure prominently on the realtors per 10,000 people list include Pitt Meadows (427), Port Moody (395) and New Westminster (390).

The three cities out of the top 20 not from British Columbia are all from Ontario.