Roomvu collected data on more than 300 thousand listings from the MLS database based on properties sold in the Fraser Valley, Chilliwack, Greater Vancouver and BC Northern. The types of properties considered were detached homes and condos/apartments.

Last names of realtors of a Chinese origin were extracted from the data to create this report. Sales of listings involving at least one Chinese agent among the top two agents of the buyer or seller side were labelled as listings sold by Chinese agents.

The foreign buyers’ tax (FBT), implemented in 2016 by the Government of British Columbia, has had a major impact on the real estate market. One way to objectively measure the impact is by examining the change in sales patterns of Chinese agents whose major cliente is thought to be Chinese nationals looking to buy property in British Columbia. It would appear that both the proportion of properties, and the overall value of these properties, sold by Chinese agents have declined dramatically following the creation of the tax.

Although the tax is a contentious topic among some real estate and legal experts alike, its wide-ranging impact merritts proper study. As such, Roomvu, a Vancouver-based real estate data and analytics company, has sought to explore the measurable effects of the foreign buyers’ tax.

“[The report] shows an effect on the market and who is buying property; and that effect seems to be concentrated at the high-end property,” said Thomas Davidoff, economist and professor at UBC’s Sauder School of Business. “Ethnic Chinese agents appear to be suffering both in dollars and sales. The dollar impact being significantly more than sales,” he added.

While those of English or Canadian heritage continue to represent the highest proportion of BC’s population according to the 2016 census, among major ethnic groups, Chinese make up a sizable percentage. What’s more, in the time between the 2006 and 2016 censuses, the proportion of ethnic Chinese increased, while those of English, Scottish, Irish and German heritage decreased. 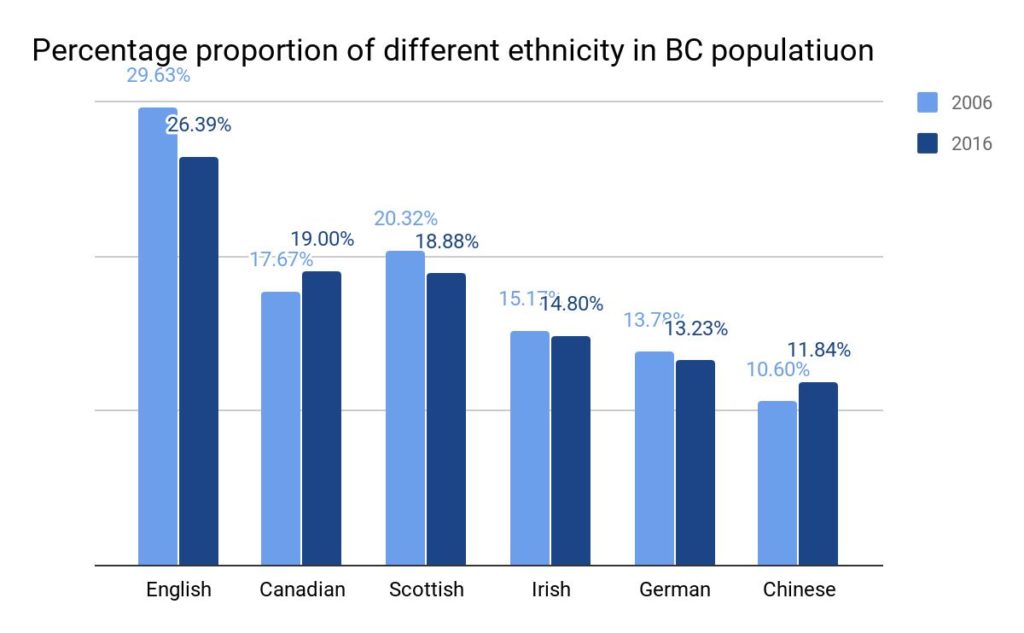 What is the foreign buyers’ tax?

On July 25, 2016, the B.C. government introduced Bill 28, called the Miscellaneous Statutes (Housing Priority Initiatives) Amendment Act, 2016. Mainly, the bill amended the Property Transfer Tax Act to include an additional 15% transfer tax on foreign entities buying a property in Metro Vancouver. Such buyers will now pay this tax on the residential component of the foreign interest.

As shown in Figure 2, the percentage of sales from Chinese agents increased between 2012-2015 before the FBT was implemented. After the implementation of the tax in 2016, that percentage began to trend downward. The decline can at least partly be attributed to the introduction of the FBT. 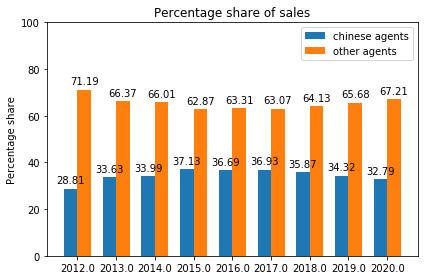 The decline is even more stark when examining the percentage share in terms of monetary value of Chinese agents versus non-Chinese agents, falling to just below 40% in 2020. 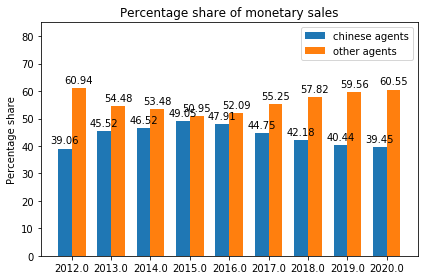 The above trend clearly shows that the impact of the foreign buyers’ tax on sales conducted by Chinese agents was more profound in single-family homes as compared with condos. Chinese agents preferred to participate in transitions of less expensive properties, perhaps as a way to avoid the additional taxation.

Impact of FBT on Immigration 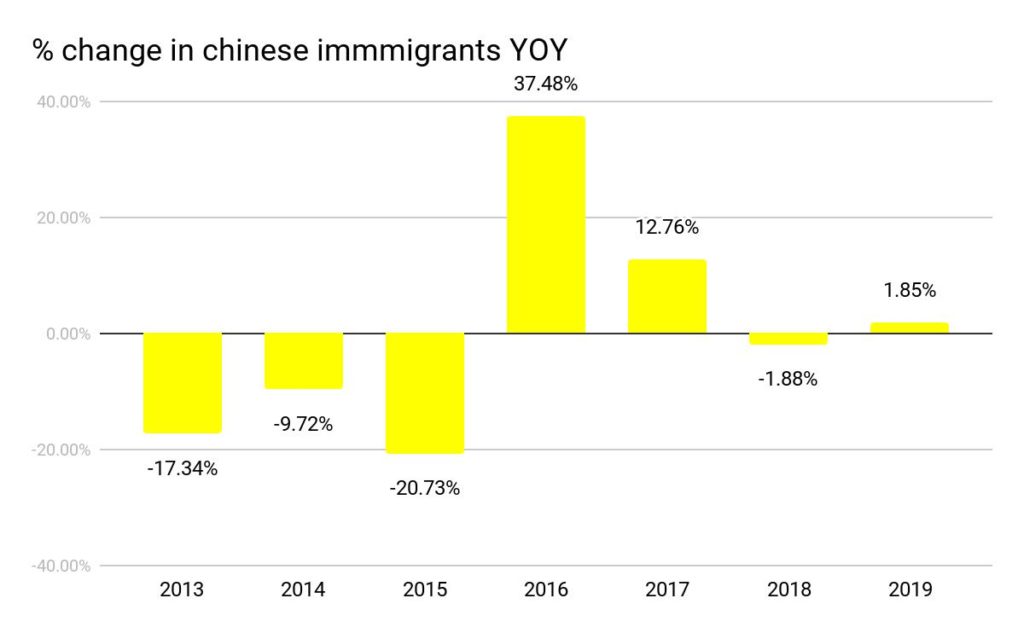 In 2018, the federal government made changes to the mortgage system for foreign buyers. As per the old system, foreigners had to make a deposit above 35% in order to secure an uninsured mortgage, avoiding having one’s income be verified in many cases. The goal of the new system was to comply with B-20 guidelines and makes it mandatory for foreigners to disclose their foreign income. As such, mortgages have become limited with respect to the amount of overseas income and assets declared to the Canada Revenue Agency (CRA). This has turned out to be a considerable impediment for foreign buyers to secure a mortgage to buy Canadian properties.

Additionally, in the year 2018, the NDP government in British Columbia raised the foreign buyer tax by 5%, from 15% to 20%. Moreover, regions other than Metro Vancouver were now covered under the change.

The foreign buyers’ tax in British Columbia has significantly impacted both the volume and value of transitions conducted by Chinese agents whose major clientele are non-Canadian Chinese nationals. It also appears to have had an impact by shifting preferences of property types from single-family homes to less expensive condos. The 5% increase effected in 2018 has had an additional impact.