It stands to reason that those who are considered top-performing real estate agents aren’t considered as such by mistake. Even after variables like luck and market conditions are controlled-for, it is expected that there exists some kind of differentiator that explains the success of top-agents as compared to average agents.

“A Nobel prize winner and economist once mentioned that the most surprising market to him was the persistence of commission while other industries have been disintermediated by the internet. It must be that realtors add some value to retain these commissions,” says Thomas Davidoff, economist and professor at UBC’s Sauder School of Business. “The top realtors get most of the commission. Our suspicion was that they had a better knowledge of the market. The data support that the top realtors list properties closer to the market value than less busy realtors,” he added.

Although determining exactly what and to what extern certain factors play into an agent’s performance is a task best suited for an exhaustive academic study, it’s relatively easy to assess the measurable impact had by top-performing real estate agents on the home-sales in which they are involved. Below are the results of an effort to better understand how success agents leave their impact.

Interestingly, of the few areas where top-performing agents had little impact was on the ratio of the sold price of a property with respect to the assessed value. This was observed as a result of an analysis that looked at the ratio of sold price to assessed price for all properties sold by top-agents and then compared that to properties sold by non-top-agents. A regression analysis was used to control for attributes such as the type of property (condo versus home), age of a property, sub-area of the property, etc. Ultimately, top performing-agents did not have a significant influence.

Selling properties quickly is perhaps the most valuable metric for home buyers/sellers apart from price. After performing a similar regression analysis to that detailed above, it turned out that top-agents did indeed have an impact with respect to selling homes faster. Top performing-agents sold homes 6% faster on average than other agents. “It would appear that top agents are able to sell properties faster because they tend to list the property closer to market value,” said Sam Merhbod, CEO at Roomvu and a Vancouver-area realtor. In 2019, the average number of days spent on market (DOM) for properties sold by top agents was 33 days. Conversely, other agents could expect their properties to take two additional days to sell. 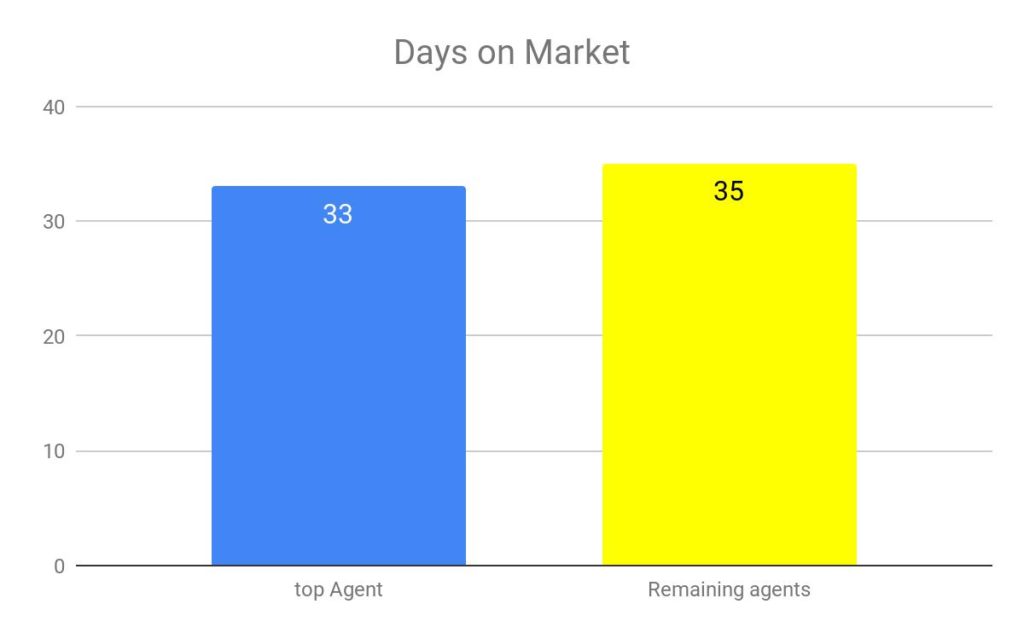 To further gauge top-agent performance, a regression analysis was performed to compare the sold price to list price ratio. Top-performing agents were able to sell properties at slightly higher prices than other agents — about 0.3% higher sold to list price ratio.

Is listing a property close to assessed value the right listing strategy?

So as to further examine the running hypothesis that top-agents are better at listing properties thanks to their ability to valuate homes closer to the market price than the assessed price, another analysis was performed. Bartlett’s test examines the difference in variance of sold to list price ratio between top-agents and remaining agents. The test showed that the two groups demonstrated a significant difference in variance, with the property sold by top agents having less variance (top-agents list properties closer to actual market value).

We removed all the units which were less than one year old, as the assessed value of these units have not been correctly updated, due to which we can observe high sold price to assessed value ratio.

To have a proper representation of a city we have removed those cities which did not have 30 properties that were sold in a year. We also removed all cities where top agents were inactive (did not have a single listing).

To have a reasonable representation of top agents we selected only those cities where at least 20% of the transactions were performed by top agents.

As our analysis depended upon sold to assessed value, sold to list price, and days on market, therefore, to remove any outlier effect we have removed the bottom and top 1 percentile from the dataset.

Below is the percentage distribution of the listing sold by the top and other agents in respective cities. The below data represent the data distribution before cleaning was performed i.e cities with less than 20% listing sold by top agents were removed from data before we performed our analysis some of these cities include Richmond, Port Moody, and others. 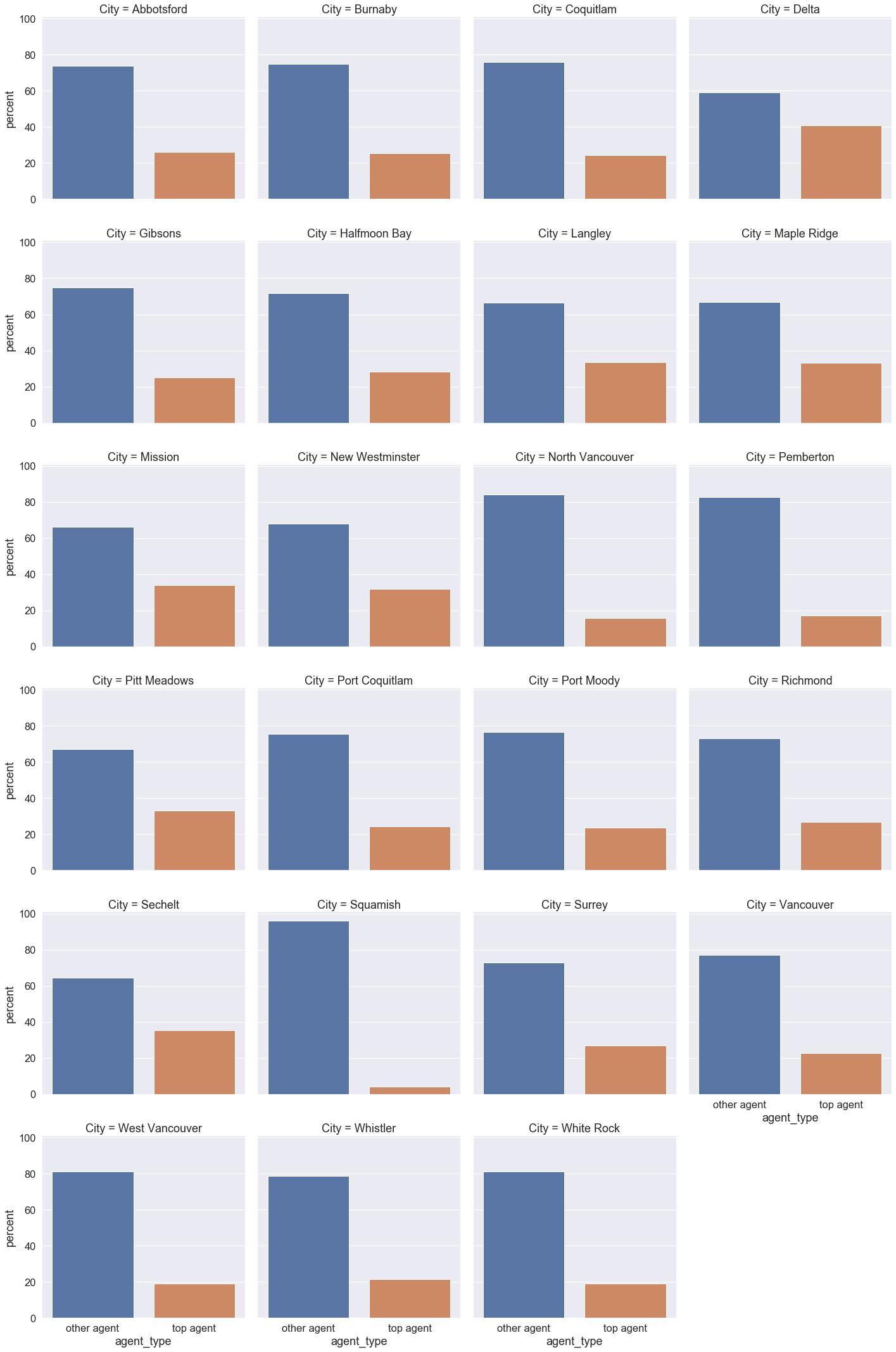